Labour is ahead on welfare - what's going on?

Some findings from an opinion poll caught my attention in yesterday's Sunday Times, with the graphic below showing who the public trusts on specific policy areas.  As we might expect, David Cameron and the Tories are more trusted than Ed Miliband and Labour on the traditional Conservative issues of the economy, law and order and defence.  Labour, meanwhile, romps home on its own traditional ground of health and education. 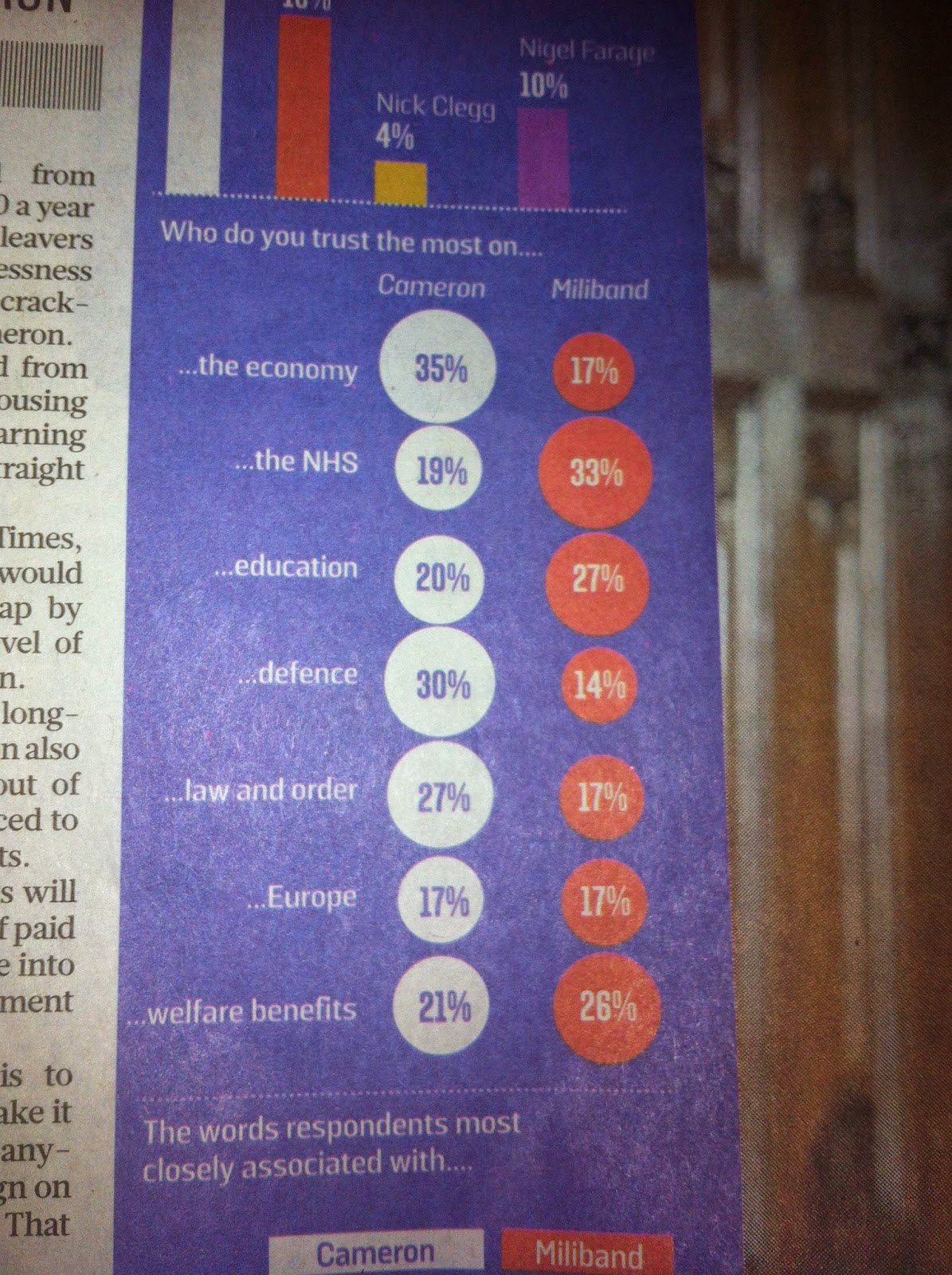 The figure that caught my eye however was the one for welfare benefits, with Miliband enjoying a five-point lead over Cameron.  This seems bizarre. And is counter to the conventional media narrative that Coalition reforms are extremely popular.  Only last night on BBC Five Live, the right-wing commentator Tim Montgomerie was extolling tough welfare reforms as a sure-fire election winner.

So what is going on?  Why are Labour more trusted on the welfare state, contrary to anything you might read in the media about social security?

I would posit that three things might be happening. The first is that enough people are feeling the negative effects of benefit cuts - particularly ones related to tax credits and Child Benefit.  Further, under a majority Tory government with Cameron as PM, there would be more to come: for younger (removing entitlement to JSA) and older voters (means-testing of some universal benefits).

The second is that the Tories are finally going toxic on welfare.  I've wondered in the past how far the Conservatives might go with welfare reform - and the party has often given the confident impression that they can go as far as they like without losing public support.  However, it might be the case that they are moving too quickly - beyond where public opinion lies.  In policy terms, I'm mainly thinking about removing benefits for young people - which seems counter-productive and, in plain terms, cruel.

Finally, it might be that attitudes to the welfare state are softening as part of the naturally occurring attitudinal cycle.  In other words, welfare attitudes - just like GDP - go up and down over time.  This certainly seemed the case in the latest British Social Attitudes survey, which reported a significant shift in public opinion.

It is still too early to say whether we are witnessing a major shift in welfare attitudes.  Yet the signs are that we just might be.  And for Labour, this could have major policy implications - giving the party much more room to far, far bolder.
Posted by Daniel Sage at 03:17